Why do we celebrate Christmas on December 25th? 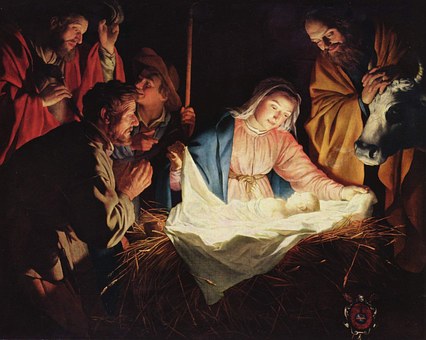 Can you believe it’s December already?  It’s that time of year when we pause to reflect on the reality of Christ’s birth into this world.  And while the world will try and dispute the real reason we celebrate, Christians know that it’s all about the birth of Jesus.  Some cities will even change the name of their parades from “Christmas Parade” to “Holiday Parade” or “Celebration Parade” in order to be inclusive of all faiths.  And even though this attempt by the world intensifies each year I will ignore their efforts and continue to celebrate “Christmas” – the birth of my Savior – and not the generic holiday of the world.

Questions often arise as to why we celebrate Christmas on December 25th.  That’s a good question considering we don’t know for sure the exact date of Christ’s birth.  To answer this question I would like to share with you a short article from Dr. John MacArthur, President of The Master’s Seminary in Sun Valley, California.

“December 25 is the traditional anniversary of the birth of Christ, but most scholars are unsure about the true date for Christ’s birth.

The decision to celebrate Christmas on December 25 was made sometime during the fourth century by church bishops in Rome. They had a specific reason for doing so.

Having turned long ago from worshiping the one true God and creator of all things, many early cultures in the Roman empire had fallen into sun worship. Recognizing their dependence on the sun’s yearly course in the heavens, they held feasts around the winter solstice in December when the days are shortest. As part of their festivals, they built bonfires to give the sun god strength and bring him back to life again. When it became apparent that the days were growing longer, there would be great rejoicing.

The church leaders in Rome decided to celebrate Christ’s birth during the winter solstice in an attempt to Christianize these popular pagan celebrations. For the most part their efforts failed to make the people conform, and the heathen festivities continued. Today we find ourselves left with a bizarre marriage of pagan and Christian elements that characterizes our modern celebration of Christmas.

Regardless of the pagan background of so many December traditions, and whether or not Jesus was born on December 25th, our goal is still to turn the eyes of all men upon the true Creator and Christ of Christmas. The light of the world has come. And the Christmas season and celebration presents the church with a wonderful opportunity to preach the good news–that men can be made righteous and have peace with God through faith in His Son, Jesus Christ.”

So, don’t let the critics ruin your Christmas this year with their trivial questions about why we celebrate when we do.  Enjoy the season and share the Good News of Jesus’ birth with someone today!  It’s my favorite time of year and I hope you’ll all be blessed beyond measure this year by the goodness of His grace.