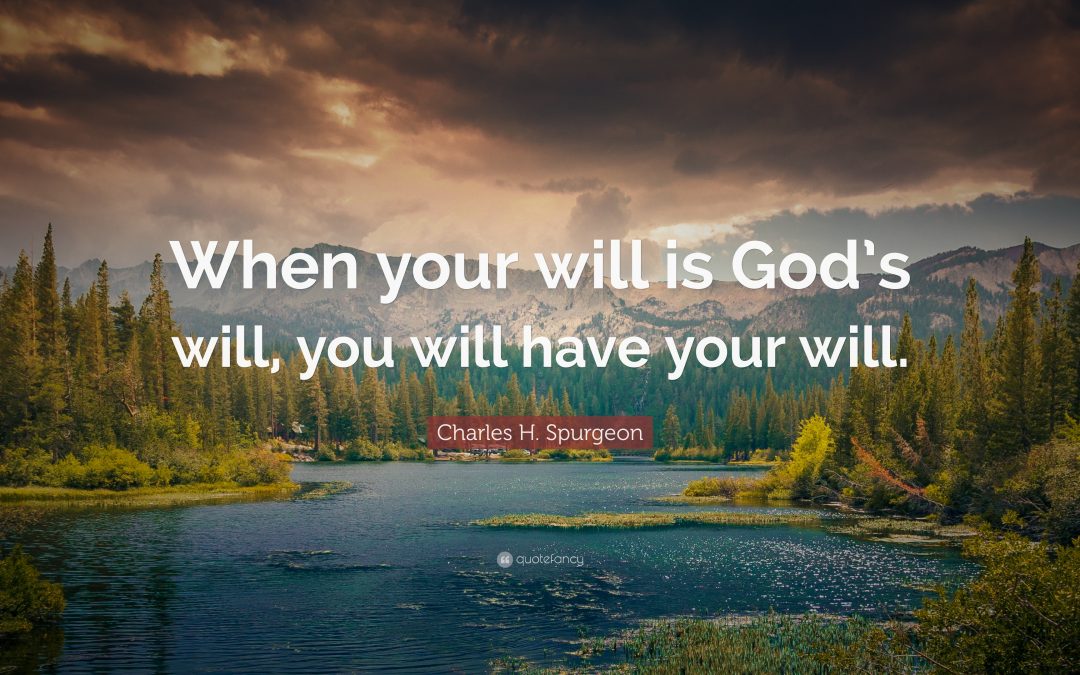 Knowing the will of God is a subject often brought up in conversations among Christians.  I am often asked, “How can I know God’s will for my life?”  In one sense it’s a profound question to answer.  On the other hand I believe we often times make knowing God’s will more difficult than it has to be.

A while back I came across an article in my devotion time concerning this question of knowing God’s will.  Rather than tell you about it I am simply going to include the article for you to read for yourselves.  It’s copied from Tabletalk magazine (published monthly by Ligonier Ministries.  I highly recommend this publication as a devotional guide for your daily time with God.  Visit their website here to subscribe). https://subscribe.pcspublink.com/sub/subscribeformtbltb1.aspx?t=JSTTO&p=TBLT

“Deuteronomy 29:29 provides the essential Biblical teaching that underlies this distinction [between God’s hidden will and God’s revealed will].  In this passage, Moses tells the Israelites that there are some things that are secret and belong only to ‘the Lord our God.’  Certain realities are for our Creator—and only our Creator—to know.  At the same time, God has condescended to mankind in order to reveal to us certain truths about His character and plan.  These truths are for us to know forever.

This passage indicates that the Lord has 2 wills—one hidden and one revealed.  God’s hidden will (also known as His decretive will, will of decree, or absolute will) includes all that He has ordained.  His will of decree establishes every event in history, every thought and intention of every person, everything that ever happens.  This will extends even to the ordination of evil, for the Lord works out everything according to the counsel of His will (Ephes. 1:11).  Importantly, not everything that God ordains in His hidden will is in itself pleasing to Him.  Considered in themselves, He hates the evils He ordains, but He ordains them in order to overcome evil and achieve a greater good that does please Him (Rom. 8:28).

God’s revealed will is also known as His will of precept or perceptive will.  This will tells us what the Lord finds pleasing.  Chiefly, the revealed will of God is His moral law.  When Scripture calls us to do the will of the Lord, it is this will that is in view.  We cannot know His hidden will except in retrospect.  We can look back in history and know what was part of the Lord’s hidden, or decretive, will up until this point because God’s decretive will always comes to pass.  Whatever happens in history manifests what He ordained in His sovereign but hidden will.  Yet we are not called to seek out this hidden will, which we cannot know in advance anyway because God hides it from us.  Instead, we are to live by what the Lord has revealed in His perceptive will.  As we obey His commandments, we please our Creator.

The distinction between God’s hidden will and His revealed will gives us a great deal of freedom.  We do not have to worry about His hidden will, because we cannot know it anyway.  But as long as we seek to obey His revealed will, we may freely do whatever is in accordance with this will.  If, for example, we are presented with two choices for work and both of them do not entail sin, we can choose whichever job we like better without worrying that we are displeasing the Lord.”

These are deep, eternal truths.  I encourage you to meditate on these things as you continue to journey with Christ daily.  Doing so will help you to grow “in the grace and knowledge of our Lord and Savior Jesus Christ.”