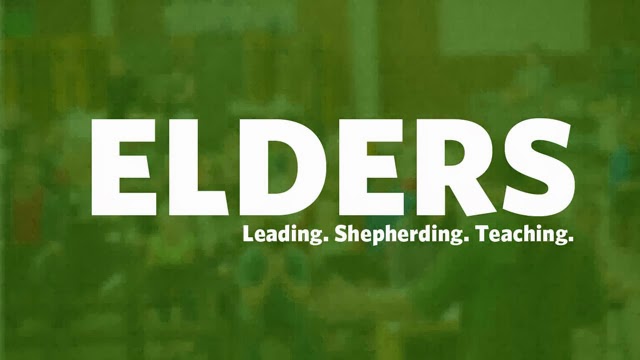 Why have elders in the church?  Why should a church organize itself to include the office of elder?  Most Baptist churches don’t have elders, do they?  We’ve never had elders before, why have them now?  These are just a few of the many questions that I’ve heard over the last 2 years.  They are legitimate questions and have very legitimate and Biblical answers.

Maintaining a plurality of elders in each local congregation is not an idea that’s new to the church today.  It’s the way God has planned it from the beginning.  Just reading through the book of Acts should cause one to question why churches of all denominations haven’t followed this form of church leadership since their beginning.  But instead of trying to answer all the questions about elders, I want to share with you the benefits of having elders in the church today.

In order to have and maintain a healthy church that models the example we see in Scripture, the leadership of that church should consist of a plurality of elders.  The position of elder should only be filled by men who meet the qualifications as found in I Timothy 3:1-7 and Titus 1:6-9.  Many reasons exist as to why this form of leadership is beneficial.

First of all, a plurality of elders follows the Biblical model for the leadership structure of the church as found in Scripture.  (Acts 14:23; 16:4; 20:17; 21:18; Titus 1:5; James 5:14 et al.).  While the pastor is included as one of the elders of the congregation this does not mean that there is no distinction between the role of a pastor and that of elders.  The New Testament makes references to preachers that would not apply to all elders in a congregation.  For example in Corinth, Paul committed himself to exclusively preaching in a way that lay elders in a church could not (cf Acts18:5; I Cor. 9:14; I Timothy 4:13; 5:17).  Also in the New Testament preachers seemed to move to an area for the specific purpose of preaching (Romans 10:14-15) whereas elders seemed to already be a part of the community (Titus 1:5).

Also, maintaining this form of leadership relieves the pastor of making decisions on his own concerning the spiritual direction the church is taking.  By having properly gifted men in the position of elder, a pastor’s leadership is supplemented by that of other Godly men.  This allows for more wisdom to be used in the leadership process (cf Proverbs 11:14; 15:22).

Further, it gives the church more stability and permanence in leadership in the event God moves the pastor to another place of ministry.  Having lay elders as part of the local church’s leadership can do much in the area of spiritual growth for both the individual elder as well as the entire congregation.

Finally, a plurality of elders serving together with the pastor frees the deacons from certain responsibilities thus enabling them to fulfill their Biblical mission which is to serve the church.  While an absolute distinction between the two positions cannot be made, the clear difference is normally seen in the physical and the spiritual.  The deacons’ responsibilities are normally directed toward the physical needs of the church (cf Acts 6) while the elders’ responsibilities would be inclined toward the spiritual.  Again, their functions may sometimes overlap but the goal should to distinguish between the office of elder and deacon.

These are just a few of the many benefits that can be expected from maintaining an elder-led congregation.  It is God who ordained and owns the church and thus it should be managed by following the example He has given us in Scripture.  Having a plurality of elders in each congregation would certainly be in following that example.

I would encourage all churches who do not have a plurality of elders as their form of leadership to prayerfully consider moving in that direction.  The benefits listed above are just the beginning of the blessings God will bring upon a church that is seeking to obey His Word in this matter.  It’s also evidence that the members of such a church are growing “in the grace and knowledge of our Lord and Savior Jesus Christ.”