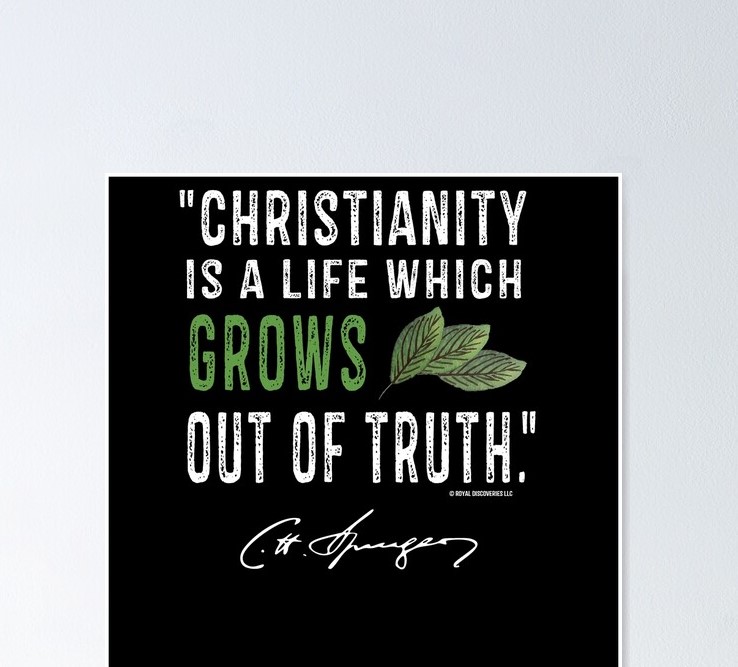 There seems to be some confusion in the world today as to what it means to be a Christian. Today, the world defines a Christian as anyone who is not Jewish, Buddhist, Muslim, Hindu, etc. In other words, as long as you are not from a country where one of those religions is the major or state religion, then you are a Christian; especially here in America.

But while the world may be confused as to what Christianity is, the Bible is very clear. Christians are those who are savingly united to God through Jesus Christ. God has chosen them, forgiven their sins, made them His children, and transformed them into new creatures indwelt by the Holy Spirit. Christians have exercised saving faith in Christ, and repented of their sins. Biblically speaking, that is what it means to be a Christian.

And while love for the Lord Jesus Christ will always be present in the life of a Christian, that same love can fluctuate in its intensity. Christians do not always love the Lord their God with all their heart, soul, and mind. And it should be pointed out that failure to do so is sin. It is sin because it is in direct disobedience to what Jesus commands us to do.

There is no better illustration in Scripture of the serious danger of allowing our love for Christ to dwindle than in Christ’s letter to the Ephesian church that is found in Revelation 2:1-7. The church at Ephesus had a rich heritage. Among its past leaders were Prisicilla & Aquilla, Apollos, Paul, Timothy, and even the Apostle John himself. But, while the heritage of the church was rich, the city of Ephesus was plagued with sin and idolatry. Economically speaking the city was rich. In fact, Ephesus was considered to be the major marketing city of Asia for that time in history. But, it was also infamous for its idol worship. It was the center of worship of the goddess Artemis (known to the Romans as Diana). Huddled right in the midst of this vile and immoral pagan idolatry was the church of Ephesus.

For a variety of reasons the people of this church in Ephesus had left their first love. In other words they did not love the Lord as they should. They were surrounded by religious activities and the busyness of life and often were consumed with doing good things. But in the midst of their busyness they neglected their time with and their true love for the Lord.

I wonder if the same could be said of us today? I wonder if we have become so busy (even doing good things in the name of Christ) that we have failed to love Him as we should. A good, honest evaluation is often needed in our lives to answer this question. Are you as close to Jesus today as you were when you were first saved? If your answer is “no” then I’m afraid you, too, have “left your first love.” The Good News is that it doesn’t have to be that way. Christ’s remedy for such a problem is 3-fold: Remember, repent, and return. Remember the love you once had for Him when you were first saved by His grace. Repent of your waywardness and lack of love for Him now. Return to Him with all your love and devotion. When you respond in such a way God will restore you with the love you first had for Him.

Returning to the Lord with whole-hearted devotion is greatly needed in our generation. It gives evidence of our professions of faith for all the world to see. It’s also evidence that we are growing “in the grace and knowledge of our Lord and Savior Jesus Christ.”