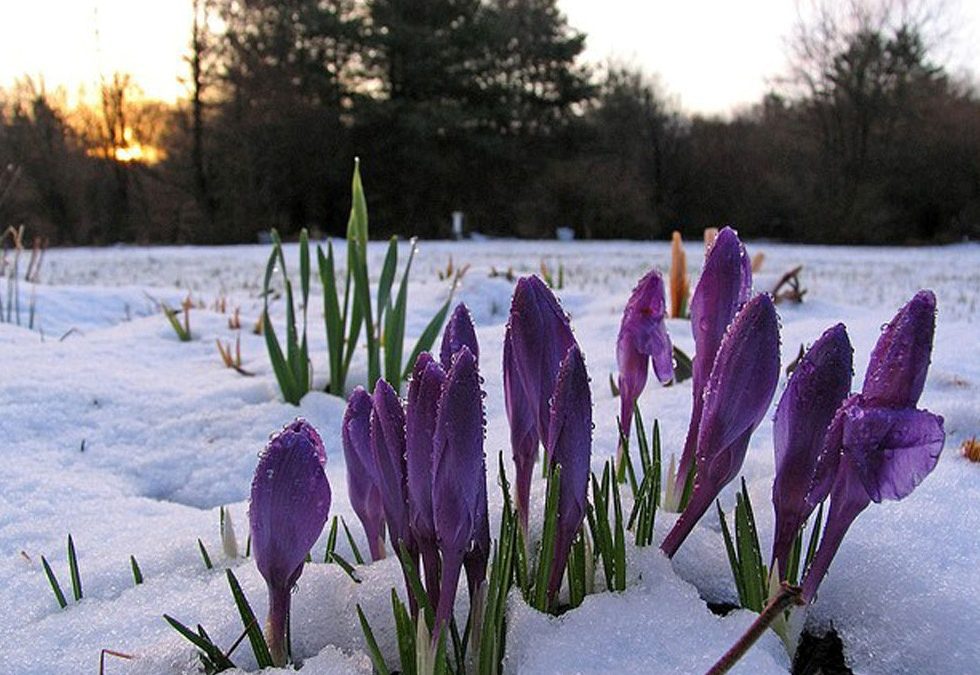 We certainly have had a variety of weather conditions so far this year.  We’ve had mild temperatures followed by lows in the teens and highs only in the 20s.  We’ve had an abundance of rain followed by a few days of snow.  But in spite of the wide range of temperatures and wintery weather we’ve had in the past few months, spring time is just around the corner.  I realize we still have the rest of February and March to get through, but we are closer to Spring now than we’ve been all year!

When I think about the seasons changing I instantly think of God’s covenant that He made with Noah after the Flood.  Though we refer to it as the Noahic Covenant it has application to us all because we all live on the same earth that God promised to never destroy again with a flood.  In making that covenant God refers to the seasons as never ceasing.  Genesis 8:22 says, “While the earth remains, seedtime and harvest, cold and heat, winter and summer, and day and night shall not cease.”  So, the change of the seasons should reaffirm in our hearts that God is both trustworthy and able to do exactly what He said He would do.

Isn’t it comforting to know that we serve a God who can be trusted?  Suppose the opposite were true.  What if you never knew if you could believe and trust God or not?  What if history proved God to be unable to keep His promises instead of time and again showing that He can?  What hope would any of us have?  The answer is none!  The fact is that God is both trustworthy and sovereign enough to keep His Word.  If even the lost world would consider that objectively they would be forced to conclude that He is all that the Bible teaches us He is.  Even the weather is subject to His sovereign rule over all of creation.

The next time you see what we would consider to be drastic changes in the weather just relax—God’s got it under control!  It’s all happening just as He designed it to happen.  We have enough to occupy our time; let’s rejoice that we can trust the weather, as well as our entire lives, into His loving hands.  Such a simple trust is evidence you are growing “in the grace and knowledge of our Lord and Savior Jesus Christ.”