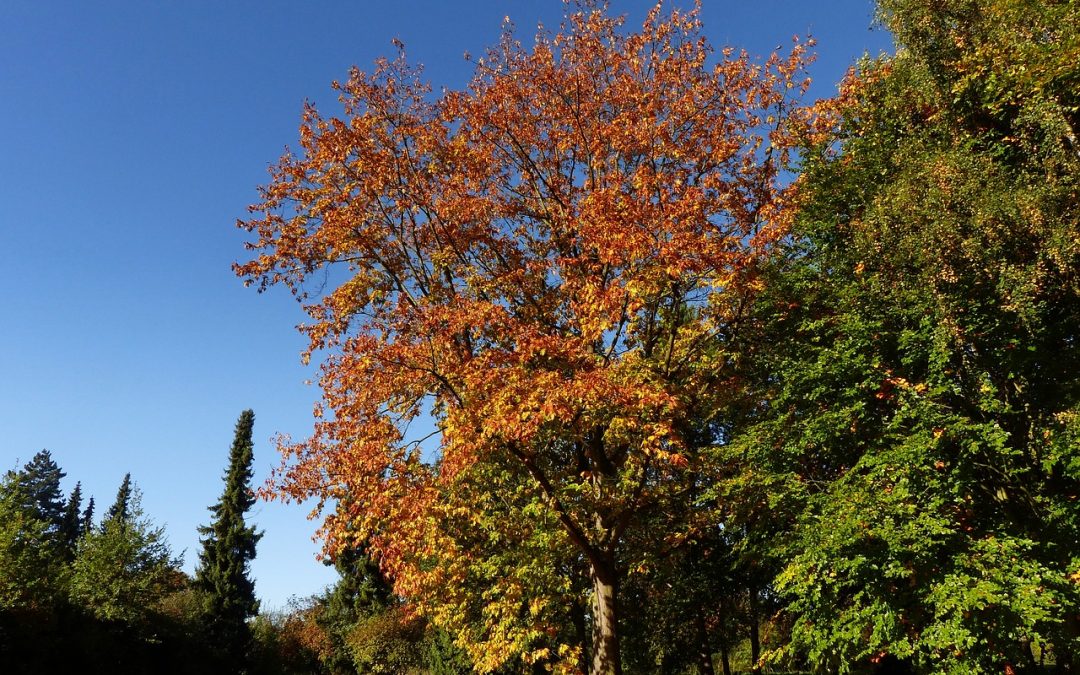 I don’t know about you, but with the hot temperatures we’ve had the past couple of months I’m ready for fall. And it’s just around the corner! I know we still have over a month to go before fall officially begins, but I rejoice at knowing it’s not far away. Cool mornings and evenings are idea, especially here in the mountains where we live.

As I’ve written before, fall is my favorite season of the year. And it’s not just the change in temperature that I like so much; it’s also the change in scenery. I love the fall landscape of the beautiful mountains that surround us. I love the feeling of harvest time and the way it reminds us of God’s many blessings. Any change of season reminds me of God’s existence and also His faithfulness. (Read Genesis 8:21-22).

We worship a God who is full of grace; sovereign; merciful; loving; forgiving; just; righteous; holy; and many other attributes we often talk about. But, there is one attribute of God that is often neglected— and it shouldn’t be b/c it encompasses all the rest. It is one characteristic that truly separates Him from all of His creatures.  And that is the immutability of God.

Now, many would ask, “What does that mean?” Immutability simply means unchanging. Thus, to say that God is immutable is to say that He is never changing. He is the One constant in an ever-changing world. This is nothing new. This has always been true of God. He said in Isaiah 48:12, “I am the First, I am also the Last.” Thus, b/c He has no beginning nor end He cannot change. He is everlastingly “the Father of lights, with whom there is no variation or shadow of turning.” (James 1:17).

In Exodus 3, God identifies Himself to Moses as “I AM” (Exodus 3:14). This is not a title for God— this is the very essence of His being. J. I. Packer wrote, “This name is not a description of God, but simply a declaration of His self-existence and His eternal changelessness; a reminder to mankind that He has life in Himself, and that what He is now, He is eternally.”

This self-revealed name of God (“I AM”) is YAHWEH in Hebrew and literally means, “He is!” He is eternal; He is timeless; He has no beginning and no end; He is the Alpha and Omega; He is the First and the Last; He is self-sustaining— He needs nothing else to exist.

So, you see the importance of understanding that by revealing Himself as “I AM WHO I AM” God is revealing a very profound and comforting truth about Himself to us. He is unchanging. He is immutable. Even in a world plagued with wars and rumors of wars God is constant!

There are 3 basic truths of His immutability that need to be noted:

1.  He is immutable in His essence.

That is to say, He is eternal. There never has been a time when God didn’t exist. He has no beginning, and He certainly has no end. Regardless of what takes place in the world today He will never cease to be God. He has not evolved, grown, or improved. He is eternally perfect!

2.  He is immutable in His attributes.

3.  He is immutable in His counsel.

The divine, sovereign, decree of God does not change. What He says, that He will do. His will does not vary. Man changes his mind for one of two reasons: (1) Lack of foresight to anticipate everything; or (2) Lack of power to execute something. But, with God neither is true! God is omniscient so He knows everything. And He is omnipotent, thus He is able to do all things!

As Christians we should find great comfort in the immutability of God. If God were this way today and that way tomorrow (like man) what hope would you have? If He willed one thing 1,000 years ago, and the opposite today, who could trust Him?

The 17th century puritan, Stephen Charnock, said, “What comfort would it be to pray to a god that changed color every moment? Who would put up a petition to an earthly prince that was so mutable as to grant a petition one day, and deny it another?” With God you don’t have that problem. He promises to hear and answer our prayers when we pray according to His will (cf I John 5:14).

As we eagerly anticipate the change of seasons, be sure and thank God that He is our One constant in an ever-changing world. To do so gives evidence that you are growing “in the grace and knowledge of our Lord and Savior Jesus Christ.”