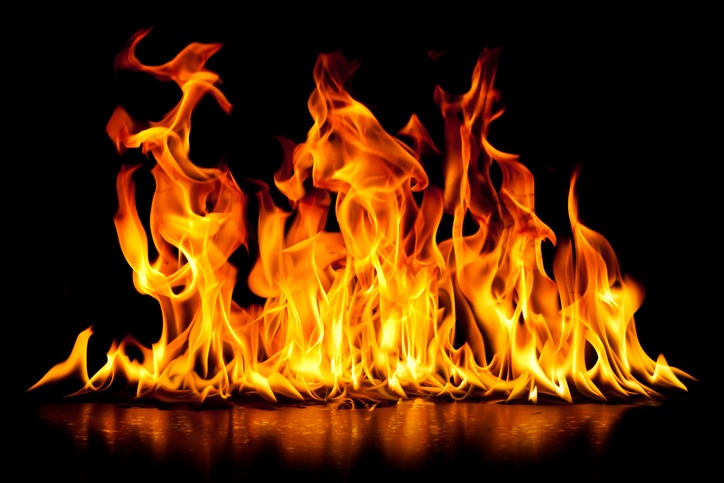 One of the most unpopular subjects to preach on is the subject of hell.  People don’t want to talk about hell.  They don’t want to hear about hell.  Many have even tried to deny the reality of hell in order to avoid talking or hearing about it.  Many liberal theologians say that hell is out of step with the times.  One said, “Today, hell is theology’s H-word, a subject too trite for serious scholarship.”

But the Bible is very clear on the reality of hell’s existence.  According to the Bible there is no doubt about, nor end to, the real existence of a place called hell that was prepared for the devil and his followers.  Revelation 20:14-15 says, “Then Death and Hades were cast into the lake of fire. This is the second death. And anyone not found written in the Book of Life was cast into the lake of fire.”  That is just one of many descriptions that the Bible gives of hell.

In this passage Jesus points out that the rich man who died and was in hell was fully conscioous.  In other words, a lost person doesn’t just rest in the ground; he doesn’t just cease to exist; there is no such thing as “soul sleep.”  No, a person who dies without having received Jesus Christ is immediately taken to a place of torment.  And in that place of torment he is fully conscious.

In verse 23 he was tormented; he saw; he recognized Abraham & Lazarus (in other words he could consciously think).  In verse 24 he cried; he spoke; he thirst.  And then in verses 27-28 he remembered his family.  All of these verses dispute a state of unconsciousness after death and verify that both our mental and physical faculties are in full existence after our physical death.

The second thing Jesus teaches us here is that a person in hell is eternally fixed.  In other words, he can’t pass from one place to the other.  There is a great gulf fixed between heaven and hell which prohibits such a transition.  That in itself is one of the most horrible things about a person’s torment in hell— knowing it will be forever.  There is no 2nd chance.  One won’t be able to change their mind and repent.  In Mark 9:44 Jesus describes it as a place where “Their worm does not die and the fire is not quenched.”

Jesus also points out that a person in hell is also suddenly honest.  If you read this passage you will see that the man never says anything about being treated unfairly in this place of torment.  Why?  Because in hell you will acknowledge God’s righteousness and admit the fact that you deserve to be there because of your rejection of Christ.

But the man’s thinking is flawed because he thought that if people would see some miraculous sign they would believe and trust in God.  He asks Abraham to send Lazarus (the poor beggar in the story) back to warn his (the rich man’s) brothers.  And he thought that if that would happen, then his brothers would believe in Christ and be saved, thus avoiding that horrible place of judgment.

But the truth of the matter is we have all the evidence we need right here in God’s Word.  And if people don’t believe that, then they will not believe in God even if they see a miracle right before their very eyes.

Hell is real!  It’s eternal!  And without Jesus Christ you are but a breath away from being there.  Or, as Jonathan Edwards said you, “hang by a slender thread, with the flames of divine wrath flashing about…”  And nothing keeps wicked man from being cast there, “but the mere pleasure of God.”

Thankfully there is a way to escape the wrath of God and His name is Jesus Christ.  I would encourage everyone who is not certain of their eternal destination to turn to Christ today in order to be spared from the wrath to come.  Hell is real.  And based on how Jesus describes the condition of a person who is there, I can’t imagine anyone wanting to go there.

Christians everywhere should spend every day thanking Him for sparing them from the horrors of hell.  Part of our sanctification consists of worshiping Christ with praise and thanksgiving.  We will spend eternity thanking Him for sparing us from the wrath to come.  Why not start today?  To do so gives evidence you are growing “in the grace and knowledge of our Lord and Savior Jesus Christ.”